By cyber on 5th July 2017in Restoration 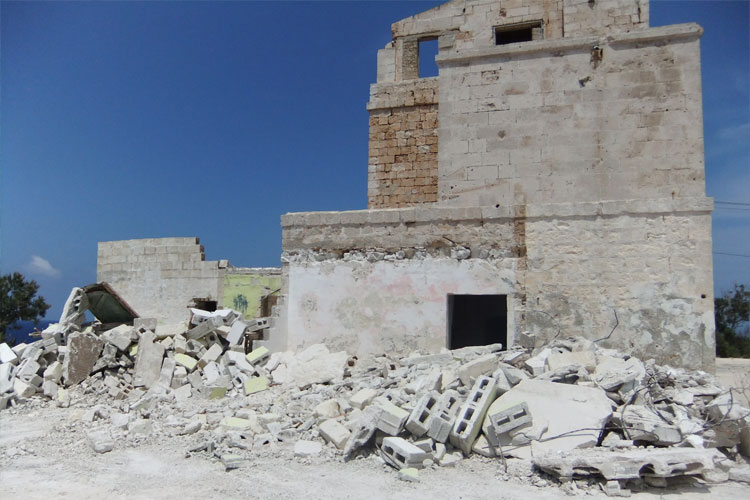 In July 2017 demolition of two rooms which were illegally constructed in the 1980s began. After this phase was completed, Din l-Art Ħelwa applied for water and electricity which are essential for work to proceed. The next phase will comprise the removal of trees in and on the parapet of the ditch as well as restoration of a room in the tower. A number of trees were inappropriately planted and their roots were damaging the structure. Removal of these trees has to be done with great care to prevent more damage. The room in the ditch was constructed during the British time when the place was used as a Hydrophone station. The room was built using stones from the stones used to build the redan walls around the tower during the Knights’ period. Following this, the external structure of the tower and blockhouse will be restored.